Sandro Botticelli and his paintings 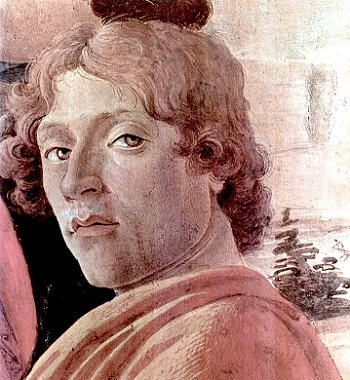 Renowned Renaissance painter Sandro Botticelli was born Alessandro di Mariano Filipepi. He was born in the city of Florence, Italy in the year 1445. He died aged 65 years in Florence, May 17, 1510. His acquired named came from his brother who was known as Botticelli, which means 'Little Barrel'. His father, who worked as a tanner, apprenticed the young Botticelli to a goldsmith when he finished school. However, he was more interested in becoming a painter. Consequently, his father got him apprenticed to one of most brilliant masters of the time in Florence, Filippo Lippi.

The young Botticelli was taught how to paint on fresco and wooden panels from Lippi. In addition to that, the Florentine master taught Botticelli how flowing clothe is painted and perspective painting. The young apprentice became so good that he began to use pale colors used by his trainer. The painter later on set up his own workshop in the later part of the fifteenth century. He was commissioned by the pope to create stunning frescos on the walls of the Vatican. Among them were The Temptations of Christ and The Trials of Moses; these were commissioned by pope Sixtus IV.

His early style was greatly influenced by Florentine masters such as Andrea del Verrocchio. This early style placed a great emphasis on the human form. Thus, there was less emphasis on the surrounding space. For instance his work The Birth of Venus most prominently illustrates this early style. The Birth of Venus and another painting Primavera were both commissioned by Lorenzo di Pierfrancesco, a cousin to Lorenzo the Magnificent. What is most obvious about both the paintings is that Botticelli received aid in creating these masterpieces, probably a great scholar. Since the image of Venus is central in both of this, one can assume that they were created in contrast to each. When studied in consideration of the time, there was a lot of literature written on the subject of earthly and spiritual Venus. However, this is just conjecture not backed by fact.

The master continued to use this style of painting until around the year 1485. This new style emerged in frescos painted for S. Martino The Annunciation and Mars and Venus. The new style in this frescos and another three that were painted from the only known period Botticelli left Florence. The paintings used a new kind of style that gave more emphasis to wider spaces and less emphasis to the motions of the human forms expressed in the paintings. In these works, influence of other masters can be seen but a critical observer would not much had changed about Botticelli's style.

During this time, the great families of Florence commissioned Botticelli to make paintings for them. As a result, the relatively young master did not struggle much to find works. The Medici family, who Botticelli had befriended early on, provided him with ample work. In addition, their Friends also regularly gave the painter work. During his time with the rich families of Florence, he received a lot of exposure on a wide array of topics. This intellectual exposure must have had a great influence on the artist's work.

However, some of Botticelli's work was too controversial. It was so controversial that the master feared for his life. As a result, he destroyed some of his own work. The religious fever that had hit Europe at the time also caused other renaissance painting to be lost. It is unfortunate that such masterpieces suffered the ravages of religious intolerance. However, it is important to note that of all the secular artists of the times faced destruction of secular paintings at one time or the other. Only eight survived out of an entire lifetime of work, spanning over forty years.

After 1490, his style matured drastically changed and he began to create works that had many figures included in his work. This had the effect of making his work seem to have more life. For instance, in works such as the Holy Trinity, it is considered his most intense piece. It depicts the human body collapsing. Another of his painting was The Mystical Nativity. In addition, the work contains some religious inscriptions, which are predictions of the end times. This work shows that religion had a great influence on his work. Another of his most magnificent paintings to utilize this style is the Lamentation over the Dead Christ.

Later in his life, the master became crippled and he could no longer find stable work in any field. As a result, the master concentrated on making his own drawings, which unfortunately, were never completed. By the year 1504, new masters such as Leonardo da Vinci had emerged and overshadowed his works. Botticelli was born only seven years before Leonardo da Vinci. Yet Botticelli is always regarded as a Quattrocento painter and Leonardo as a Cinquecento painter. And not without reason. Leonardo originated the modern conception of art as an inquiry, an investigation, a personal quest. Inherited and developed by Raphael and Correggio, this ideal of art culminated in Caravaggio, who restated it in rigorously moral terms, opposing his ethic of action to Michelangelo's ethic of contemplation. It is true of course that Botticelli's aesthetic ideal was also given a deep moral significance in the works of Michelangelo, but Michelangelo's ethic of contemplation was destined in a few years' time to dwindle into the Mannerists' ethic of form; and it was not to be taken up again until several centuries later, by the early Romantics, in that aesthetic of the Sublime which was, above all else, a nostalgic pining for a long-lost ideal and an attempt to clothe the tattered splendors of the past in the solemn garb of eternity.

Leonardo's new aesthetic, which involved a sweeping renewal of values, came at a critical juncture in history when all traditional values were being challenged. This turning point is clearly reflected in the art of his contemporary, Botticelli, who like him had matured in Verrocchio's workshop, undoubtedly the most stimulating art milieu to be found in Italy in the second half of the 15 th century. The new styles created by Leonardo and Michelangelo had captured the world and relegated the importance of the original Florentine masters such as Botticelli and Titian. However, interest in Botticelli's works was later renewed many years after he had died. Others who have examined the painter's life in detail suggest this not to be the case. It is speculated that Botticelli continued to live affluently as a painter throughout his life. The lack of any painting after 1505 would seem to suggest that the master suffered some form of poor health.

Although it took the world over four hundred years to fully appreciate his work, Botticelli's contribution was definitely influential in the renaissance period. At the time new influential painters, such as Michelangelo and Leonardo da Vinci might have negated his work to a footnote. However, art just as wine, does appear to get better with age. In addition, the period in which he lived was a time of great religious. With the benefit of hindsight, humanity should never let such reckless religious intolerance interfere with art. It is quite fascinating to note that all his great works, which are now admired the world over, are in fact just a fraction of what he managed to accomplish over a career spanning about forty years.

Like Johannes Vermeer, and Caravaggio, Sandro Botticelli was rescued from obscurity by an avid group of nineteenth-century collectors, critics, and artists and became one of the selected members of the modern pantheon of great painters. Since then, his work has been seen to represent the linear grace of Renaissance painting, and his name has become synonymous with the best of the Renaissance Art. Along with Leonardo da Vinci, Donatello, Michelangelo, William Shakespeare, and a small band of contemporary Renaissance figures, Botticelli become the center of a movement of artists that has permanently enriched western culture.

The Birth of Venus

Portrait of a Young Woman

Adoration of the Magi